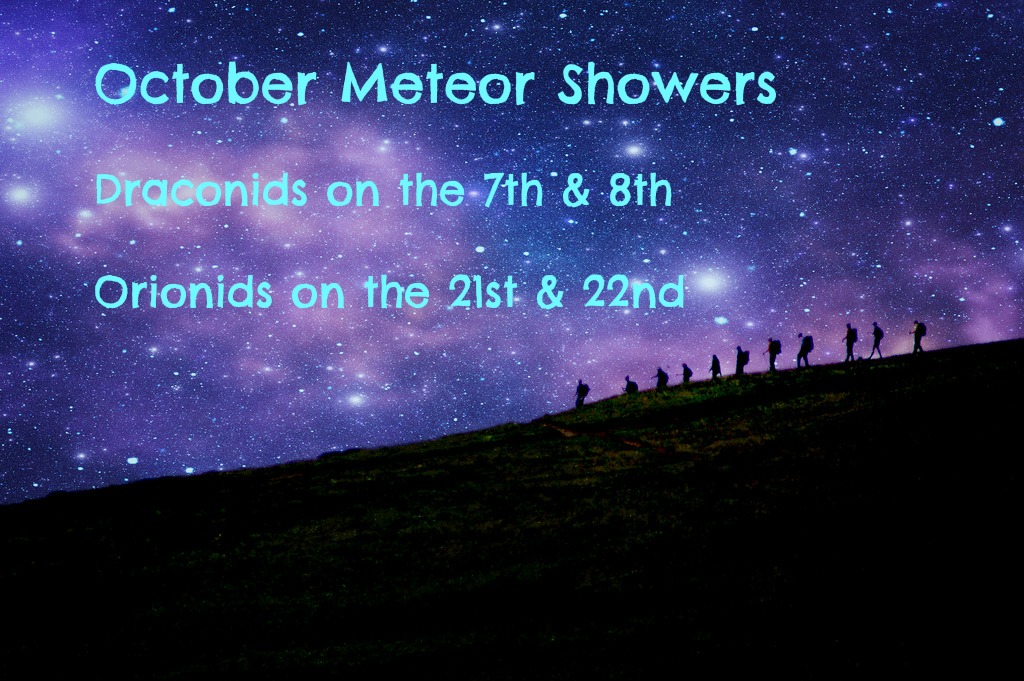 The Draconids  meteor shower will peak on the nights of October 7th & 8th, with the best viewing before midnight.

While the Draconids aren’t known for producing the most spectacular show, the thin waxing crescent moon won’t be competing for attention. The dark sky along with the early viewing time make this shower a great opportunity for families with young children.

Set up a cozy spot in the yard, have their stargazing diaries ready, and prepare a few snacks as a surprise.

October 21st & 22nd this month, as the Earth passes through the debris from Halley’s Comet, the Orionids meteor shower will fill the sky.

This meteor shower will originate from the Orion constellation, which you can find in the southeastern sky late into the night. The best time to view the meteors will be between midnight and dawn. While this early morning viewing time isn’t for everyone, it is a great chance to make stargazing a  very special time for your family. Be sure to get your children to bed early on Saturday night, and then wake them in the pre-dawn hours for this special chance to  see some “shooting stars“.

Sneak in to wake up your children in the early hours, while it is still dark, and tell them to grab their jackets and hats.  Be sure to have your stargazing playlist ready to go!