Did you see it?!  The transit of Venus happened on June 5th, 2012 and was observable here in the United States.  We watched it here in Michigan from around 4:30pm until sunset.  This important astronomical event won’t occur again for over 100 years.

The transit of Venus that occurred in 1882 was of extreme importance in the astronomical community.  The data that was collected during this transit was used to calculate the Earth-Sun distance accurately for the first time.  Today, these types of astronomical events can be used to help excite your family  about astronomy.  I really feel that this was an important event for my family to see– it definitely gave us a sense of perspective.  Seeing the small dot of Venus against the sun, you really got an idea of how small the Earth is in our solar system.  Also, knowing that this event will not happen again in our lifetime, we had a great discussion about what life will be like in 2117 when the next transit of Venus happens. 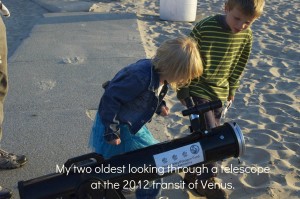 You can often join your local astronomy club at gatherings for events such as this (like we did!).  These events are wonderful, because there are often quite a few expensive telescopes around, and their owners are usually more than happy to let you look through them.

It’s too late to view the transit of Venus, but there is still plenty of time to plan for some of the important astronomical and sky events upcoming in 2012.  Check back for more information later this year on the following events…. 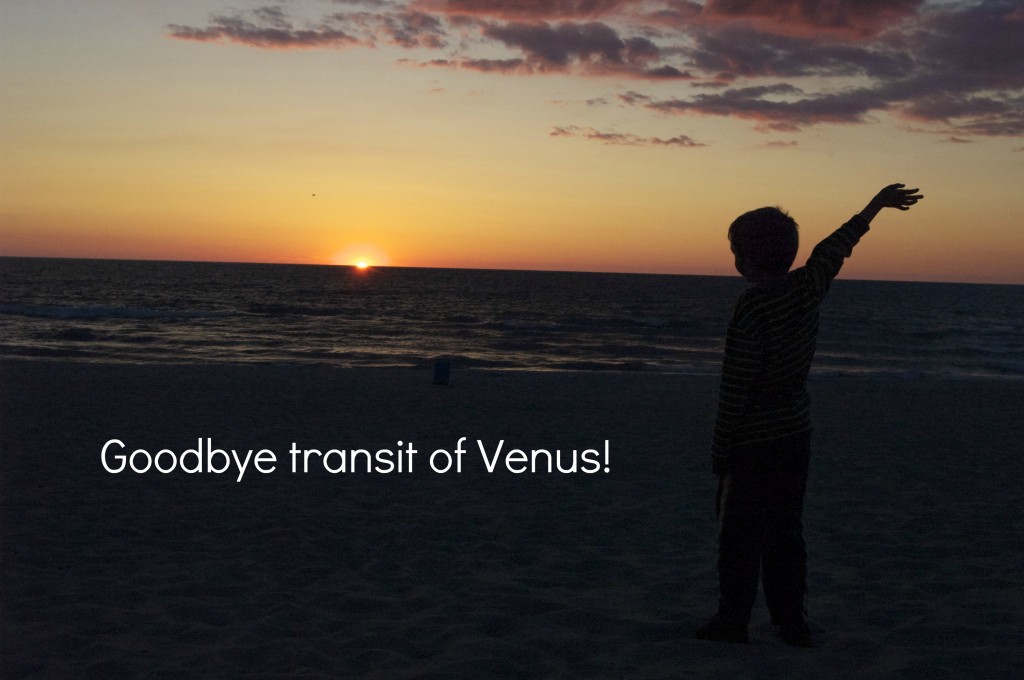