Viewing the Orionids Meteor Shower as a Family 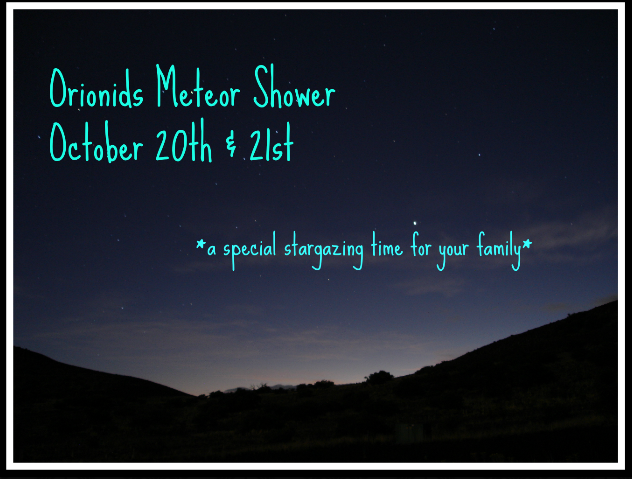 The Orionids meteor shower will peak on the nights of October 20th and 21st this month, as the Earth passes through the debris from Halley’s Comet. With this shower occurring on the weekend, it is a great opportunity to stargaze as a family.

This meteor shower will originate from the Orion constellation, which you can find in the southeastern sky late into the night. The best time to view the meteors will be between midnight and dawn, with peak viewing in the hours just before dawn on the 21st. While this early morning viewing time isn’t for everyone, it is a great chance to make stargazing a  very special time for your family. 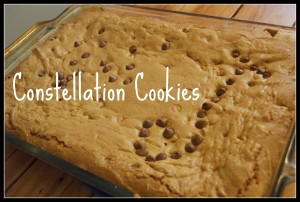 Be sure to get your children to bed early on Saturday night, and then wake them in the pre-dawn hours for this special chance to  see some “shooting stars“. Set up a cozy spot in the yard, have their stargazing diaries ready, and prepare a few snacks as a surprise. Sneak in to wake up your children in the early hours, while it is still dark, and tell them to grab their jackets and hats.  Be sure to have your stargazing playlist ready to go!

Tweet
Pin It
This entry was posted in Current Events, Family Activities. Bookmark the permalink.