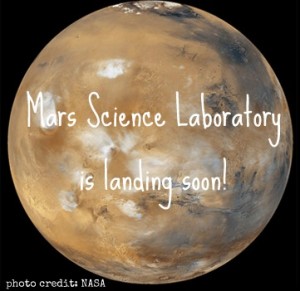 The Mars Science Laboratory, better known as the Curiosity rover, will be landing on Mars on August 5th or 6th (depending on your time zone).  This is an exciting opportunity to help excite your kids about astronomy and space exploration.  Today’s post includes all of the basics about the mission.  Stay tuned for a post at the end of the month about activities to do as a family to prepare for the landing. 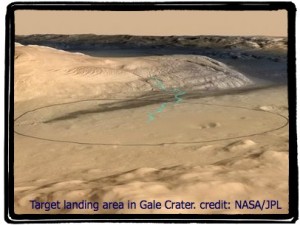 Where?  The Curiosity rover will land in Mars’ Gale Crater, near the Martian Equator.  (Go here to see where Curiosity is RIGHT NOW!)

How?  The spacecraft not only has the tough job of traveling the distance from Earth to Mars, but also had to include the launch vehicle which propelled the craft beyond Earth’s gravity.  The spacecraft is carrying a rover that will act as a portable science laboratory on the surface of the planet. 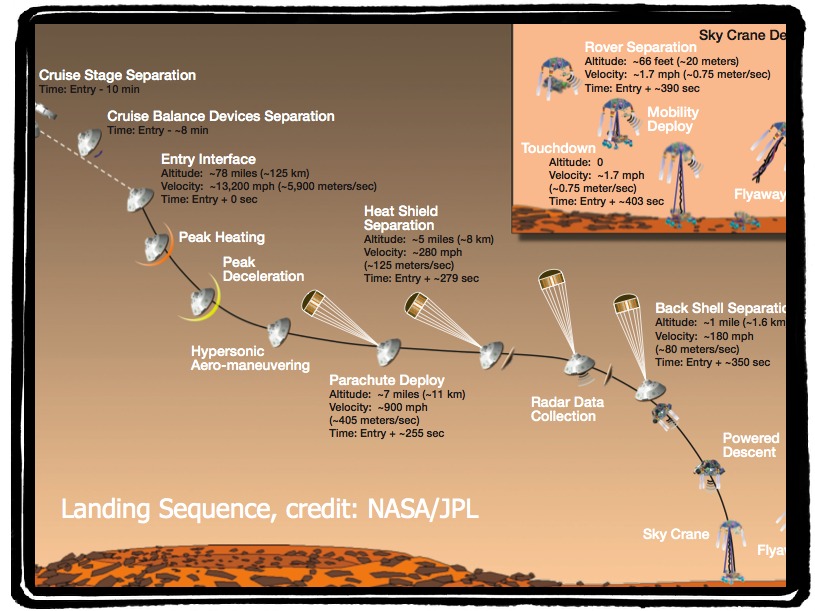 Instead of the airbag entry that has been used in past Mars missions, the Mars Science Laboratory will use a guided entry and a sky-crane touchdown system.  This is a new and unusual way to land a rover, and I imagine that NASA scientists will be holding their breath during the critical seven minutes!  (“Curiosity’s Seven Minutes of Terror” video, describing the entry, descent and landing) 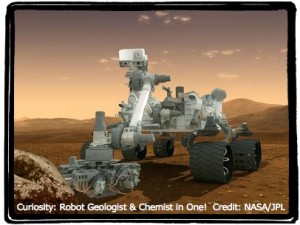 Why?  The Curiosity rover is an advanced science laboratory on wheels.  The Mars Science Laboratory is carrying the largest, most advanced set of instruments ever sent to the Red Planet.

The mission has many things that it hopes to accomplish, and it is helping to meet four goals of the Mars Exploration Program:

The Mars Science Laboratory represents the new age of Mars exploration.  This is an exciting event for NASA and planetary scientists around the world.  Check back on July 27th for activities to help your family learn more about the Red Planet and prepare for the landing.